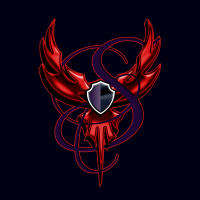 Sechari Member, Alpha One, Adventurer
July 17 in General Discussion
Not sure if anyone has brought this up before, but I thought I'd throw an idea that just occurred to me into the mix and see what comes of it.

I do quite a bit of YouTube content creation and Twitch streaming. I was thinking it might be nice in this game to have a feature I can toggle on at any time that shows an icon somewhere above my character's head to let folks around me know that I am livestreaming or recording. Just as a courtesy. The examples of where this might be useful abound: As a guild leader in times past, for instance, some folks would be hesitant to discuss things with me if they knew I was streaming (which was wise). They'd have to ask every time and I'd have to jump off if I was. Some folks would also behave better, I'm guessing, simply knowing there was a live record being created by someone around them -and again, they probably deserve the courtesy of knowing what they are saying and doing is being livestreamed/recorded by someone.

Then as I was thinking this through, it occurred to me MMOs are all about building communities. Could the guild panel show website, Discord, guild-specific podcast links, etc.? Could I as a player supply my social media, Twitch, Twitter etc. (if I care to) and have it show up on some /inspect profile when friends want to look me up?