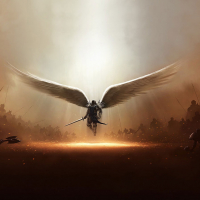 VmanGman Member, Braver of Worlds, Kickstarter, Alpha One
February 25 in General Discussion
One big concern I have for AoC is that gear will end up providing too much power. AoC is already a game that will greatly reward those who play a lot which is why I believe that it is imperative for gear to only account for at most 20-30% of a character's power.

People will enjoy grinding out their gear even if each piece gives small increments of power increase. These small increments of power increase will allow the bulk of the population to not feel like they are so out geared that they cannot even come close to competing. This is very important because when those casual players will die over and over to a hardcore player that severely outgears them without any chance of fighting back, they will be very likely to just quit. Hardcore players will have other advantages (gold, skill, etc.) anyway because they play a lot more and there is no reason to further widen the gap between casual and hardcore players.

Please understand that I am not against rewarding those who invest more time into the game. I am just suggesting that their reward should not create such a great disparity between them and casual players. I truly believe that this can greatly help the health of the game and its population.
8
«1234567…21»