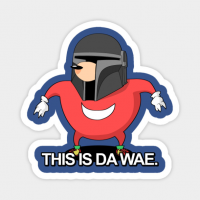 To clear the air on where OCE servers are planned to be hosted, it's in Singapore. Precedent was set in Apocalypse, and questions to IS have resulted in the same: there is no intent to change the plan of hosting OCE at Singapore.

The stated reason in the past is that pings from Sydney to Singapore ranged between 95-110ms, which was considered acceptable for MMORPG gameplay.

There are two problems with this plan:

Problem #1 Packet traffic from Australia to Asia is frequently routed to the US before reaching Asia despite server providers' and ISPs' claims to the contrary, resulting in >220ms latency

Methodology: I selected 4 game servers at random which are hosted in Sydney, and I conduct a trace route test from Singapore.

Out of 4 tests, only Test 2 reported a route which reported 119ms, which is well within the acceptable range of latency for MMORPG play. Test 3 would have reported a similar latency due to similarity of Test 2's route, but timed out. Tests 1 & 4 were 222 and 224ms latency respectively, where packets went through syd-sy2-bb1-a9.au.asia.ovhcloud.com, which is a US packet clearing house.

Problem #2 Assuming Problem #1 does not exist or is resolved, New Zealand's gamers are severely impacted by latency to Singapore.

For the sake of argument, should latency to Singapore from the Australian mainland be consistent on a 90-120ms scale, it still does not address NZ gamers' pain points.

IS, please don't leave your OCE gamers in the lurch. Yes, I reside in Singapore and gain from the 1-5ms latency environment, but as an esports tournament organizer in the past who has tried to include OCE gamers, this packet routing issue has been a constant problem in the last 20 years. The Aussie server providers are going to sell you all kinds of pitches which may not apply in real-world conditions. When this game was pitched on Kickstarter, OCE server support was promised, and I believe OCE gamers who believe in this project are owed a decent level of support.

Please consider setting up a OCE-specific cluster at Sydney, which can serve the Australian and NZ region without gamers having to deal with their notoriously awful and uncooperative ISPs in improving routing to Asia.