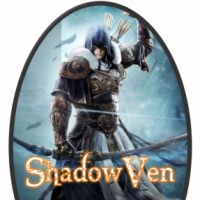 ShadowVen Member, Braver of Worlds, Kickstarter, Alpha One
October 2019 in General Discussion
I'm aware this has been discussed in the past, however i'd like to brings its ugly face to the surface again.
I personally would love to see some sort of timeline that shows Ideas or projections of wanted results by I.S..
Can we please have some sort of Dev Roadmap from I.S.???

Though, I understand that steven doesn't want to set a date and miss the deadline. So, if not a timeline like the example photo below, at least give a list of set goals in chronological order without dates. Hopefully the list would be a little more verbose than examples giving on the wiki.

This picture is strictly for a visual example. I have not played nor do I endorse or am promoting this game
in any way:

Do you guys think I'm asking or expecting too much?
Thank you all for your comments.