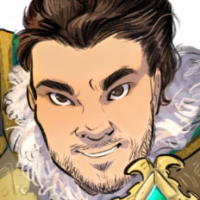 Liniker Member, Alpha One, Adventurer
July 30 edited July 30 in General Discussion
Gamers don't usually know what they are talking about or what they want. Most people that are happy with something don't bother saying they are happy - Everyone that doesn't like something will complain about it - and this can be an issue when they open threads asking for feedback.

People don't understand that green is not the only skin only - that the face is just a base model - that the body will be customizable or that intrepid is planning to have a Solid character creator... yet they give feedback asking for changes.

I believe Intrepid can make a good game, but I have no faith in gamers, everyone wants something different, this goes for all the other design aspects, especially combat, I want Intrepid to just pick something and move forward, I would hate to see Ashes end up being a Frankenstein of a game that tried to make everyone happy but ended up making no one happy.