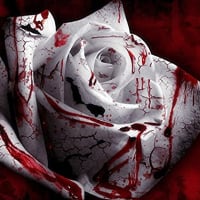 WHIT3ROS3 Member
November 16 in General Discussion
Whilst perusing the world map and looking over the islands of Sujoma, Draakathbohr and Peligora, I couldn't help but think that AoC might benefit from having some full loot PvP areas. What we have seen of the corruption system is nice (I also think it might be a good idea to have some completely safe areas like the actual Node settlements) but I have a concern that there won't be enough "gear churn" for gathering and crafting to always be in significant demand across the different tiers of gear.

If for example, you had one or more of those islands as a full loot zone, it could be completely avoided by people not interested in that type of gameplay, but for those who are interested in "Risk vs Reward" you would provide a space for people to gear up, ship out and then fight on a full loot island. It would create a continuous demand for gear of all different tiers as many may only want to equip lower-end cheaper gear to explore the island as if they die they won't lose too much.

It would create demand at the auction houses for people wanting/needing to replace sets they lose.

Currently, you can only lose gatherables upon death from your personal inventory (as well as suffer a durability loss which can be repaired for a silver sink) You can lose stuff that is loaded onto a caravan and a ship but where/when will you ever need to craft/replace a piece of gear once you have one? Perhaps there could be a trash rate applied to gear that when knocked down so that there is a chance a piece of gear you are wearing or weapon you are using trashes and needs to be replaced.