Friendly rivalry and spotting slackers with no dps/hps meters? 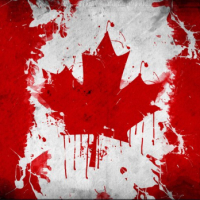 Stormfyre Member
March 22 in General Discussion
Honestly I'm excited to play an MMO that isn't going to be cluttered up with a million addons and just have everything you need built in.

That said something that worries me as a guild leader is friendly competition, for example in wow I have 2 hunters in my guild who play the same class and spec and are constantly competing with each other for top dps/performance and they love to bounce ideas off each other for rotation/talents/stat prio/etc. Without any way to measure yourself in Ashes how can they continue their friendly rivalry?

I'm also worried about how to spot and deal with slackers in my guild in Ashes since people tend to take the path of least resistance, if I have a healer that throws up a hot on the tanks and then alt tabs to watch anime during a boss fight how would I as GM know unless I'm watching everyone casting? (impossible in large group sizes). If we're wiping because of no healing going out how can I identify its the lazy healer and not slap the blame on the entire heal team? (which would suck for everyone who is really trying).

I propose a very simplified "meter" that only the group lead is able to see that just provides a breakdown of either active time casting abilities/hitting the mobs/moving around or the ability to see what spell and how often the person is pressing it just to be able to see everyone is participating or at least trying. That or allow only the group lead to see dps/hps meters. It doesn't help with the friendly competition aspect but idk what would. I'd honestly really love the option to "opt in" for dps/hps meters in specific content like only the gm/group in lead in large scale content, or anyone in small groups of 2-3, or perhaps have some ingame target dummies that display dps/hps and you can only see it there.
1
«1234567»