Serious concern/question about being a bad guy 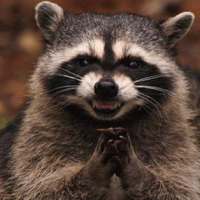 SSRogue Member
July 26 edited August 1 in General Discussion
*Since this thread is getting more attention and people know me from other games and are now wanting to join in the conversation then I will amend my opener here but still keep the original text for posterity sake as you read and catch up.

This thread wants to focus on in-game mechanics that already exist that will allow for good guys to choose to partake in a risk/reward situation and those bad guys that are the potential punishment waiting for them. This game offers much potential for discussion and that is all we want is an open discussion for ways to be bad, and no this thread is not promoting the killing of unwilling participants. Our version of pvp is the literal definition of player vs player on a more small scale version outside from guild/city raids. We are discussing a way for good guy players to seek risk and how bad guy players can be the counterpart*

I want to start this off by saying that I understand how taboo pvp is to a large portion of players. Most people want great story arc progression and maybe others are interested in pvp just enough for the rewards, achievements, gear etc. I would like to present another type of player, not necessarily a roleplay type person but a person who wants to be a bad guy. I want to know how this game will appeal to those of us who aren't looking for dungeon glory, who don't have time for world politics or a sense of life long goals... I want to discuss the person who likes being the bad guy, the guy who was raised with nothing given to them, who learned that the only way to get by is to take it from others and to inflict a little pain so others know how he/she feels.

I have watched some videos and read some articles/posts and I do feel like I have an entry-level understanding of this game's open-world pvp structure, but I feel like it is a far more punishing system, then it is a way to play the game. As stated above, I get that the vast majority of people aren't going to be interested in this but there are plenty of people who like being the bad guy and every good story or hero needs a bad guy. This game has the bounty hunter system and some guild and zone pvp but I have yet to see a full break down of actual pvp focused gameplay.

I don't want to just be a griefing player killer, but I do want some incentive to play a bad character that keeps the fancy lads and goody players on their toes. So far I see more in=game mechanics dedicated to punishing these types of actions and only allowing just a tiny taste of the bad life, I don't see anything that rewards players for taking this path. This game gives you religious arcs that lead to exclusive items, titles and even new skill augments. This game allows a player to build a restaurant in popular hunting areas to benefit the dedication of their time to crafting delicious food and planning a location to be the best source of buffs in that area but what about the bad guys?

Is there really no underground sub-faction that has rewards certain individuals for throwing a wrench into something? A reverse bounty system? An unholy religion that promotes being a bad guy? I mean look at some of the possible skill combos necromancer, trickster, assassin, charlatan, shadow lord... This game provides the bad guy prototypes but doesn't embrace the full potential? Please please please tell me that with all the love put into this game and all the "doing better than other mmos" doesn't mean that you have written off the classic villain player character in light of trying to making people a completely safe and comfortable feeling.

I know a lot of the devs in this game mention older mmo games as inspiration so I am sure you guys remember Ultima Online? You had a full on red player system that basically turned you into a different type of player. Will this game have something like this or is it only that internal system that punishes you for being bad by basically making you completely useless after so long so that you are no longer a threat to even a level 1 critter.

Can someone please link or explain something related to my questions/concerns? I would obviously love to hear from a dev or tester.
9
«123456»