Our next livestream will be Friday, July 29, 2022 at 11AM Pacific! (Click here to convert this to your local time.)

Similar to our past streams, we'd love to gather some questions from you to answer live! Please submit your question for our development team in the thread below, and we'll select 10 of them at random to answer at the end of our livestream. In order to accommodate a variety of questions from our community, please only post ONE question below, and the more direct and succinct the better (think one to two sentences)! Submissions end Wednesday, July 27, 2022 at 11AM Pacific, so we can select your questions before the broadcast.

We'll see you soon for our development update livestream! twitch.tv/ashesofcreation
EDIT:
🌵 👀 Check out our July Development Update to catch up on the latest news, including BTS environment tech tool discussion, updated art for Empyrean and Ren’Kai, and the reveal of the Tulnar! 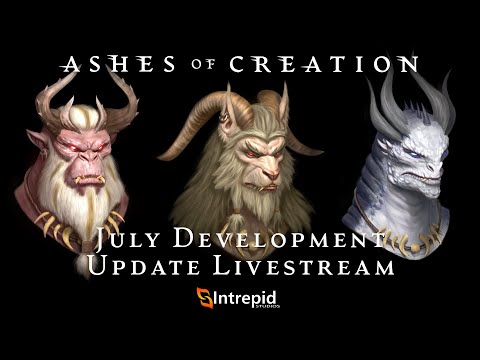