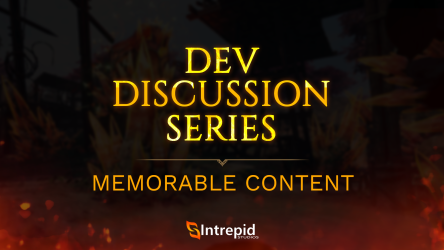 Greetings all and welcome to our new forum series, Dev Discussion! Dev Discussion topics are kind of like a "reverse Q&A" - rather than you asking us questions about Ashes of Creation, we want to ask YOU what your thoughts are.


Dev Discussion #1 - Memorable Content
What makes a quest memorable? Are there any raids or events that you'll never forget? What made them unforgettable?


Keep an eye out for our next Dev Discussion topic, Solo Progression!