You got Questions - We Got Answers 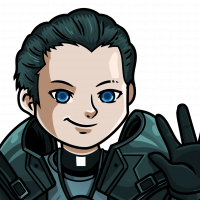 Jahlon Member, Intrepid Pack
April 2019 in General Discussion
With four live-streams done now in the last 8 days, there is information overload out there.

Some of you may still have questions. Go ahead and put them here.

A lot of different creators are working on a lot of different projects, and we have some more interviews coming up, so load up those questions and lets see if we can't either direct you to an answer, or get your question queued up to the next CCs doing interviews.