Dealing with random player killing in an open-world PvP MMO. 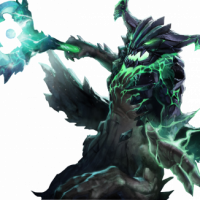 Miracle Member
September 3 edited September 8 in General Discussion
For such an ambitious player-driven MMO as Ashes, the presence of random player killing (RPK) poses a challenge.
How do you allow for player agency while protecting new / weak players?

On one hand, giving players the agency to dish out justice in blood makes the world much more interactive and unpredictable, as your reputation and behavior may have dire consequences.


However, the challenge is that this level of PvP-interactivity, typically also gives rise to RPKs. Some of which intentionally grief, and others who just PvP indiscriminately.


The corruption system is already a great safety mechanism against this. However, with player-interaction at the heart of Ashes it would be great to see additional counter-RPK mechanisms that are driven by the players themselves.
Bounty hunters as planned, are a great first step.

However, bounty hunting only taps into monetary motivation. It'd be great to provide tools by which guilds and players may establish a reputation of benevolence and fairness. If Newbie Joe can report a RPK or griefer to the local guild, then it puts justice back into the hands of players. If the game tracks and incentivizes such player-driven justice, then guilds may want their territory to garner a reputation as a safe haven with just proceedings.

If Anti-PKing or peacekeeping is made worthwhile in this sense, we'll be encouraging the community to respond to griefing or bad behavior organically.