Why i will not be playing AoC 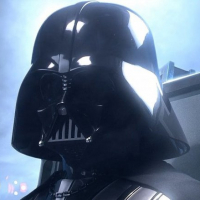 I heard about this game recently and there is a ton of good that i saw. Unfortunately as much as i enjoy destroying people in PVP i enjoy PVE more. The answers toward PVE and some of the examples i have seen sound cool but do not fulfill my wants as someone who enjoys PVE and more particularly Raiding. I was really hoping AoC would check all the boxes but it fell short. It checks alot of boxes and even adds boxes. However, this game appears to be falling short on some important points. Its stance towards Addons which is essentially a stance against players who want to make the game better or easier in a sort. I am typically a minimalist in this area so i was not too worried about it. I also think any addon ideas should be brought up now and maybe they can just add those features. An example of a feature i would like to see is a map of sorts you can right strategy on for the team to look at and also be able to mark on. This is now a addon in WoW. I use it a lot because its nice to be able to draw a encounter or upload the map and draw out our strategies. However DPS meters and healing meters have been lumped into that. Its almost a disrespect to someones intelligence to even debate the topic because its essential. Its not even that its just essential but if you don't want to see it so you can immerse yourself into a game. an example would be questing or exploring. Just TURN IT OFF. DPS meters do not have to be displayed 100% of the time. PVE events were just displayed on taking a castle where loot would go to the guild with the most dmg or be given by dmg output yet there is no dps meter. This is honestly a huge let down for them to go over both of these points nearly back to back without notice of the logic contradicting itself. i for one would like a option to hide my UI as well so i can do just that. immerse myself while questing or hanging out at a tavern. I have a feeling class balancing may also be a reason why the dps meter is something the developers are against dps meters. ESO had issues with OP builds plaguing a diverse class selection. They dont have to worry about it if they don't have meters. well not as much anyway. The third issue is more so because i am a community leader and i do not want to be forced to have a particular size community. I have had huge communities and small. I do not want to have to recruit and manage a 40 man raid team or larger. The best example of where a game got it right would be WoW Wrath of the Lich King where they allowed 25 or 10 man raids. Options and scaling works wonders. I understand because i saw more of the game of why the game is being tuned this way. The hope is that there is a huge community in this game. However with its not so friendly PVE content. I think the communities will not meet exceptions at max level. Which will break the meta being created. Things can change as the game is in alpha but from what i am seeing from the small community here and the streams. This game is going to have everything i wish WoW had. However it wont have what WoW has. WoW with all of its faults still has a community and raids with a lot of effort put into them. They have made mistakes with the last expansion but they are also now opening up legacy servers. Its hard from a PVE stand point to pick AoC over TBC or a possible good retail expansion or even WOTLK. PVP is still good in WoW and i enjoy it a lot. I love alot of what i am seeing here however i am getting flash backs of the last WoW killer, the one before that, and that. I think AoC is a step in the right direction. i like the thinking outside of the box and mixing some PVE and PVP.

I may hop into a stream or 2 and check on the development but i think the issues are too deeply placed. Not to mention real feedback is hard to find. People are easily distracted by pretty things and i for better or for worse have a good way of getting to the meat and potatoes.